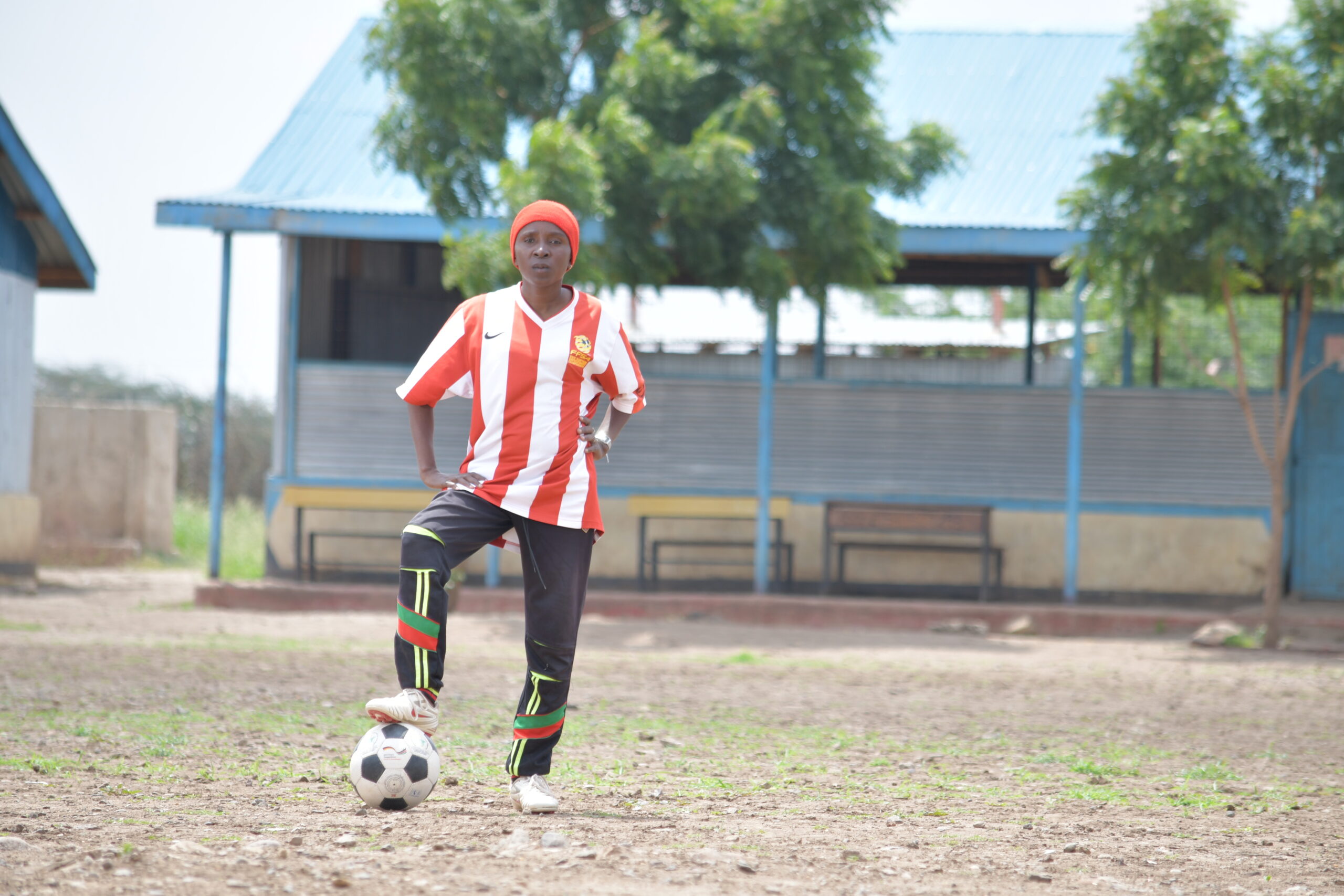 Habiba’s efforts to increase participation of girls in football and use sport to address socialchallenges in Kakuma Refugee Camp, Kenya

Football, the world’s most popular sport, played by millions and followed by even more. Like their counterparts across the globe, the love of children and youth for football in Kakuma is unparalleled. Every evening here, hundreds play in the dusty and rocky fields seemingly unbothered by the harsh conditions, amongst them, the scorching Turkana sun.

Despite this popularity, participation of girls and women in football, and generally in sport around the region is still unsurprisingly low. Kakuma, home to nearly 200,000 refugees, hosts people from different cultural and religious backgrounds. However, one striking similarity is the common cultural obstacles girls and women face in these communities. These include reduced access to education, and hindrances to participate in important activities, like sport.

One person that has taken up the challenge to create a fair opportunity for girls is Habiba Ramadhan. A football coach and S4DA-trained S4D Instructor in the Kakuma refugee camp, Habiba has worked tirelessly over the years to bring more girls to the football field and used football to address several societal issues.

This has not been one simple task. Over the years, she has moved door to door to sensitize many parents on the benefits of sports to girls. In her community, the Somali, girls are rarely allowed to play, especially due to strict religious dress code. Through S4D knowledge, Habiba has convinced parents to allow their daughters to participate in football. On the field, she uses S4D drills to promote active learning. The girls in turn raise issues affecting them and views that they are uncomfortable discussing in formal set-ups.

Habiba is also a strong advocate for the eradication of Female Genital Mutilation (FGM), a cultural practice amongst several communities in Kakuma. Through customized S4D drills, she has been able to sensitize young girls on the effects of FGM and on the referral pathways for these issues. In her meetings with parents, she continuously advocates for the eradication of the practice.

Habiba believes that sport is one of the ways youth can cope with the harsh realities of life in the refugee camp, therefore, she strives to see more girls playing. She is one of the founders of Kakuma Divas League, women’s local football league. And this is not all, Habiba has over the years advocated for gender equality in sports. She is also one of the first female coaches to coach a boy’s team, something that seemed impossible here in the past. To raise awareness on gender equality and amplify girls’ voices, Habiba conducts S4D and sport sessions with mixed teams of boys and girls.

As we mark International Women’s Day, we recognize the efforts of all women in creating a fair environment for girls. By choosing to challenge, Habiba’s efforts have immensely contributed to the improvement of women sports in Kakuma. We too can #ChooseToChallenge