A new generation running up the stairs by Véronique Sprenger, Sport for Development in Africa (S4DA) Team Ethiopia 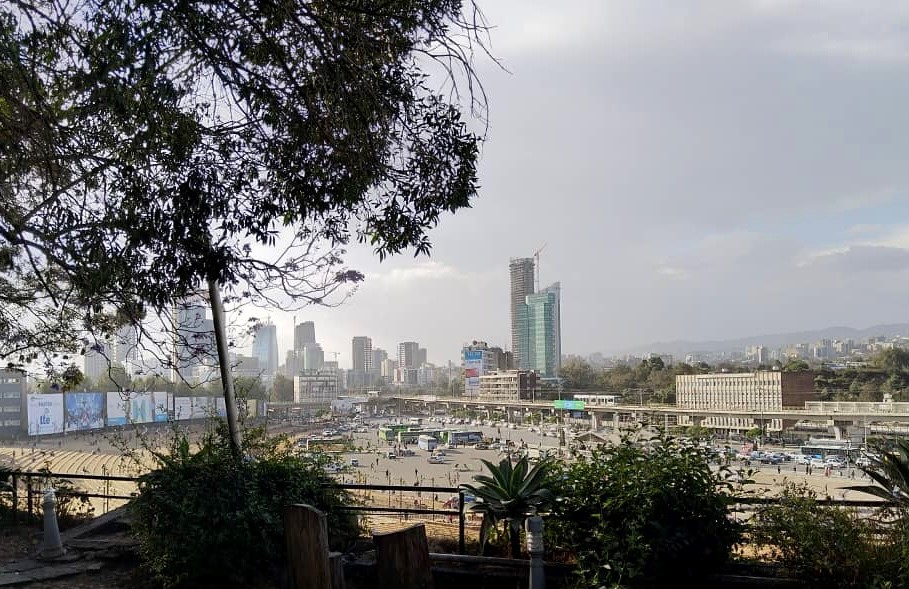 After a long work week, on Friday afternoon my friends and I decide to go to a café located right by Meskel Square. We live in Addis Ababa, Ethiopia, a beautiful country known for its rich culture, delicious coffee, gorgeous mountain peaks and great athletes. Meskel Square is in the middle of the city an area where many roads come together, but where there is also a huge square known for stairs that run around the entire space. As we are sipping from our drinks and the sun is starting to go down, we are surprised to see many people exercising on the stairs of Meskel Square. Small groups of men come together and start running up and down the stairs, other groups are doing strength exercises together and others are stretching. In total we see about a hundred people exercising. I feel a burst of excitement and enthusiasm as I see the activities unfold. But I also feel some confusion, because there is something missing… There is maybe one woman training among all the men, no other women are present.

As is the case in many cities all over the world, Addis Ababa is not necessarily a city where you put on your running shoes and go out for a nice refreshing run. A combination of air pollution, tricky roads, crowds and especially for women; safety issues will stop anyone from doing sports outside. It was therefore extra special to see these people training outside. Though, the question why there was barely any women participating is now stuck in my mind. Overall, I have noticed that on the streets the majority of people walking around are men and in general women are not very visible in public spaces. I am now starting to think that this translates in other aspects of life, as well.

The visibility of some of Ethiopia’s top male athletes like Haile Gebrselassie has been ever present. He is an Olympic champion, World champion, Marathon winner turned businessman. A great example and role model for many. His images and business endeavors are often seen all around the city. Yet, since his retirement from running, other runners, especially females have followed in his footsteps. We could say that the new leaders of Ethiopian Athletics are the Dibaba family, including the three sisters: Tirunesh, Ejegayehu and Genzebe and their cousin Genzebe. Among themselves they have multiple Olympic and World Champions. Besides the Dibaba family, there is Almaz Ayana who became Olympic Champion in Rio.

These are all female athletes who inspire young girls, though they are not as famous or visible as some of their male counterparts. As role models, their visibility for the future generation of athletes is essential. I am not saying that they need to start training on Meskel Square, for professional athletes that is not an option as they prefer to train up in the mountains where the air is fresh and where the altitude provides an extra challenge. However, their visibility could inspire the less professional aspiring female athletes to start training there.

You never know, maybe the young girl sitting at the table behind me at the café looking over Meskel Square, sees all these men training and thinks to herself that it is not for her. She may have had all the talent in the world to become a great runner, to develop herself through sport, but did not feel inspired to join. It is not only essential that the visibility of female athletes increases, but also that their funding is equal to that of their male counterparts, that they have the same sponsorship opportunities, that they get similar (social) media outreach, but most importantly, that their safety is ensured when they want to exercise. That they can go to Meskel square and join the training without being limited in time due to sunset, that men and women can train together and learn from each other. This is not just a challenge in Ethiopia, it is a challenge all over the world and it is time to start treating and supporting female athletes like the heroes they are.