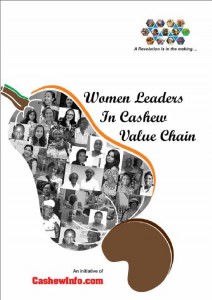 Read the full publication; each of the women profiled here have strived hard to succeed and make a difference.