GIZ India in close collaboration with UNWOMEN, will discuss the following topics :

Gender at the heart of development :

At this meet, we aim to understand how our work impacts women and girls in particular. The Gender Meet would allow for discussions to center around critical areas of women’s empowerment. This may be related to steps to ensure Women’s Economic Empowerment: Skill development, women’s leadership and participation, livelihoods, and also topics which are of relevance for the advancement of gender justice such as addressing issues concerning safety, violence against women and engaging with men and boys.  We believe that such topics are crucial to discuss, if we would like to see ‘gender equality at the heart of development.’

Hence, this year’s GIZ Gender Meet is a humble attempt of bringing about discussion and action to ‘Make it happen’ by collaborating with the global champion for women and girls – UNWOMEN. We would also look at an outdoor activity which enable the GIZ Men and Boys to adopt the UNWOMEN’s international campaign on HeForShe. The HeForShe campaign would involve men and boys of GIZ taking pledges and supporting the cause of gender equality.

GIZ India celebrated Gender Day on 4th March, by organising a “Gender Meet” at New Delhi, as part of GIZ’s ongoing Gender Week, being commemorated from 2nd to 6th of March 2015. GIZ in India has acknowledged and adopted the theme for International Women’s Day – 8th of March –  ‘Make it Happen’ as the core of GIZ India’s Gender Day focused on the topic of ‘’Gender Equality at the heart of development.’’

This year’s event, in close collaboration with the global champion for women and girls, UN Women, was well attended by many GIZ members, and witnessed robust interaction. Mrs. Luigina Blaich, Director-Finance & Administration, GIZ India, in her welcome address, highlighted GIZ’s resolve to ensure gender equality and women’s empowerment, by way of affirmative action. Mr. Heiko Warnken, Head of Economic Cooperation and Development, Embassy of the Federal Republic of Germany in India, in his address, reaffirmed Germany’s and GIZ’s commitment to ensuring gender parity. Senior experts from UN Women discussed critical areas of women’s economic empowerment, safety and violence against women including Gender Based Violence and also India’s declining sex ratios. This sparked lively discussions and debate among the participants.

The event concluded with all GIZ participants adopting the #HeForShe pledge – a solidarity movement that encourages men and boys to make a pledge on how they, as individuals, will ensure gender justice, gender equity and gender equality. Not only did this activity ensure lively engagement, but it was also a space where the GIZ men and women both, came together to look at how they would like to project their thinking as a group! 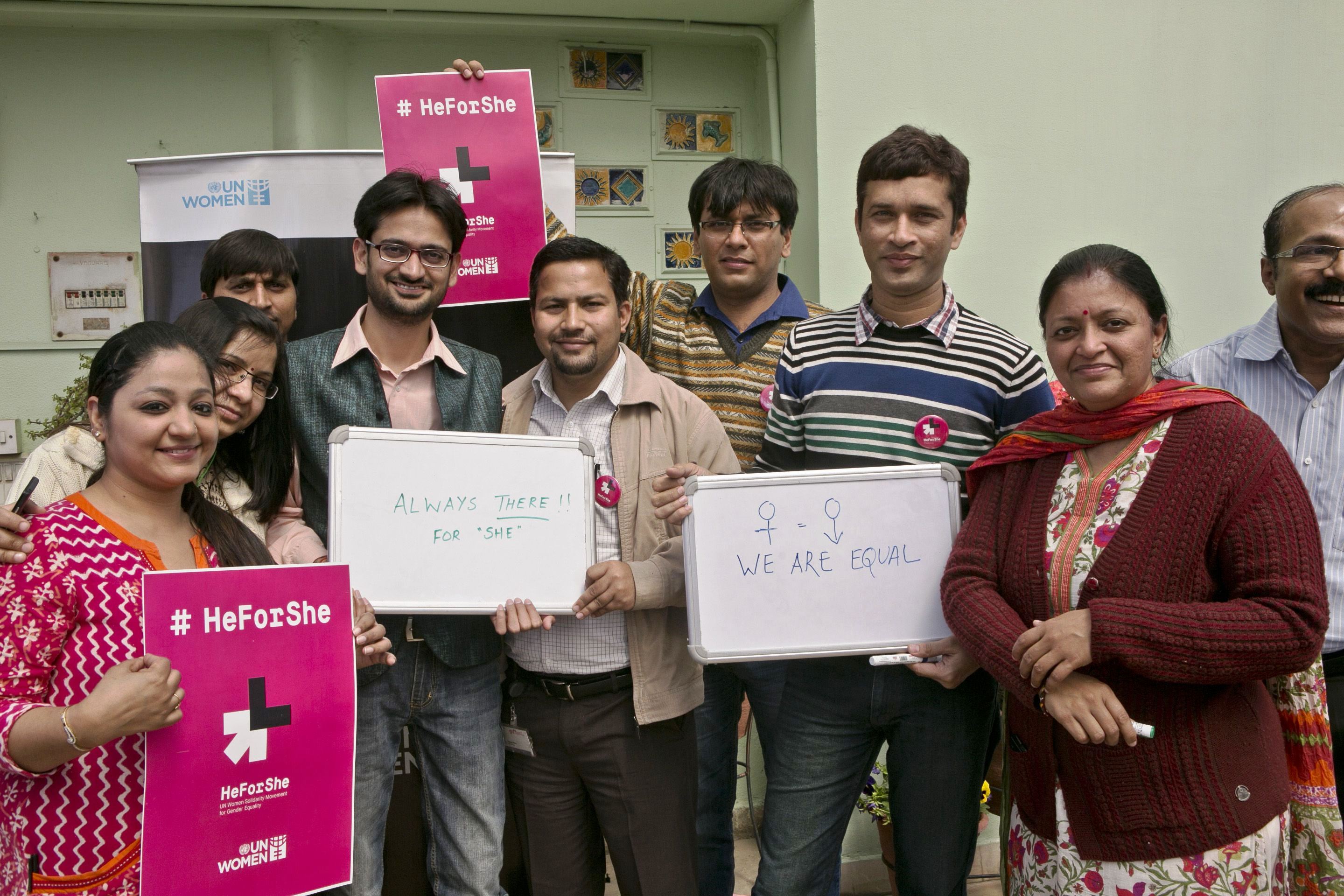