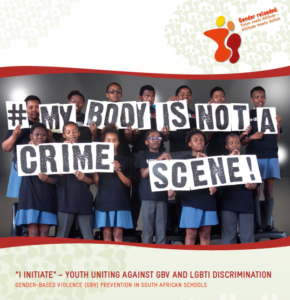 In Southern Africa, gender-based violence is among the most severe and widespread human rights violations. According to Moult et al (2014): • Girls tend to be the victims of gender-based violence in schools, including rape, harassment and sexual assault; while boys tend to be victims of physical violence and bullying. • Assault, rape and sexual violence are ‘endemic’ in South African schools, as young South African girls continue to face many obstacles that impede their path to learning as well as it adversely impacts school attendance and school completion. A study from a national campaign targeting LGBTIQ hate crimes revealed that in 2016, 56% of South African LGBTIQ youth (≤24 years) experienced discrimination and physical and verbal violence at their schools based on their LGBTIQ status. The GBV prevention in schools project of the ‘Partnerships for Prevention of Violence against Women and Girls in Southern Africa’ programme promotes schools as safe environments through a whole of community and multi-stakeholder approach combined with (1) a comprehensive media strategy, including a learner-driven Facebook page and (2) peer-to-peer train ings empowering learners to become agents of change.

1. GBV prevention in High Schools Learners are capacitated on topics such as GBV including sexual exploitation, abuse and harassment (SEAH), positive masculinity, alternatives to violence and personal growth. They are taught and mentored to design and implement their own campaigns to prevent violence in their schools. 2. Creating a safe space for LGBTIQ learners Implementation of activities to reduce discrimination of learners based on their sexual orientation, gender identity or sex characteristics by providing a supportive schooling environment. The activities do not only target learners, but also civil society organisations to strengthen their role in preventing GBV and discrimination and sexual harassment of LGBTIQ learners. 3. GBV prevention awareness building in Primary Schools Implementation of the “Strong Together: Stopping violence in its tracks”-methodology for GBV prevention adapted from the GIZ programme: “Combating Violence against Women in Latin America”, which was among the GIZ Gender Award Winners in 2018. 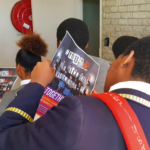 First observations from the educators in the pilot schools indicates that female learners are beginning to show an improvement in being more assertive and learning to say no to any form behaviour that can be characterized as being abusive and offensive. 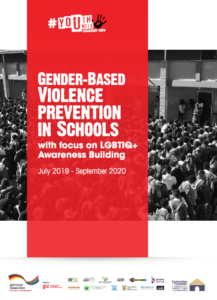