Yemen: Games4Peace to be the hero Yemen needs

” As a female gamer, women are greatly unrepresented and even often shown as weak. It was very important to me as a woman to make sure that women are given equal representation as well as empowerment” – Lujaine, Gamer from Yemen 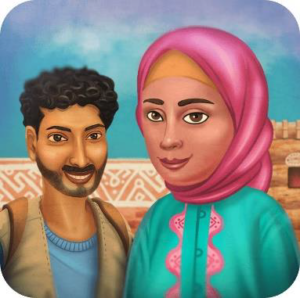 Games for Peace Driven by Yemen’s current situation of war, our team came together consisting of men and women of various ages and professions, and created the first ever yemeni made mobile games as part of project for the Yemen peace programme. The idea behind the games is that through this interactive medium we can send a message of peace and spread it way more effective to the kids and young adults. Therefore, 6 apps with different game styles to achieve different target groups are made by Peace Support Yemen Project in cooperation with the Akademie für Internationale Zusammenarbeit (AIZ). The situation in Yemen has reached very troubling heights and for that, we set out to create mobile games that target a young audience who can be influenced to make a change in hopes for reaching peace in the future. The game challenges stereotypes and is centered around heroism with a choice of having a male or female lead character.

Women in Yemen In a country where traditions rule over the society and women are second class citizens, having a playable female character is a major step towards equality. Women- in many games- are always the damsel in distress, so to introduce a game where a female is the hero that saves the country is considered different in the gaming industry as a whole and extra different to the Yemeni society specifically. 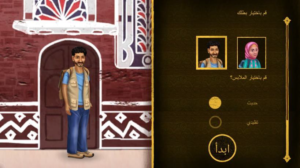 Adding the female perspective The games also puts into consideration arabic female pronouns, in arabic female pronouns are different from a male’s meaning that it would be double the work for adding text and voice over. Issues like this have pushed most games that are in arabic to use male pronouns for both female and male. We decided that females should be acknowledged and addressed with the proper pronouns, with that we added separate voice overs and text files for when the player chooses to play as a female, to give young women and girls the full experience of the game and acknowledge them as a separate entity from men.

Fighting against stereotypes Several issues concerning gender inequality in Yemen were put in mind were taken into account when designing the games and writing the stories. For instance, in one of the games the player gets to choose a career path. Choices include things such as “astronaut”, “scientist” and “businessman/woman” the female players were given the same career options as the male players as a way to encourage women that they can pursue the same careers men can, and also to change the limited career options Yemeni women are given by society. While incorporating the Yemeni culture in our games, we made sure to remove anything that might contribute to gender inequality. The female traditional wear often included a veil to cover a woman’s face, we took a bald move by removing the veil to maintain a female’s identity. Furthermore, the cover of our games is having the female character in front of the male character, putting her in the center of attention. Subtle things like this do also encourage female gamers to download the game and be the hero that Yemen desperately needs. Game on! 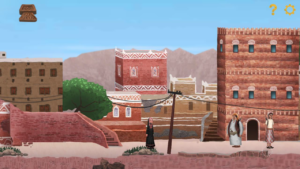