Albania: From moving away to moving mountains: How Albanian rural women and returnees shape their future

1. Challenge
Rural women, especially in the Albanian Alps the access to know how and information is very limited and even inexistent in many cases. They are not exposed to any information on technology, management, economics of farming, marketing, sales, gender related issues, etc. Lack of qualifications on technical knowhow, quality and standards, food safety, farm economics, safety at work; show that women have critical needs for their progress and enhancement of competitiveness. Additionally, those women who returned from migration also face challenges of reintegration, finding jobs, and receiving education.
In Albania, customary laws still rule the society in some parts of the country; especially this is more predominant in the remote areas of Albanian Alps. As a consequence, women have been and remain the most vulnerable group, with almost no rights of ownership on land and other assets. This situation has influenced drastically on their economic and social status. It is critical that only about six percent of landholders registered in Albania are women as reported by the European Commission on Agriculture. 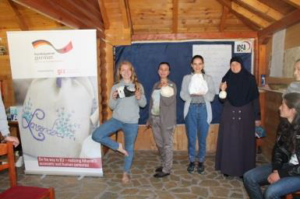 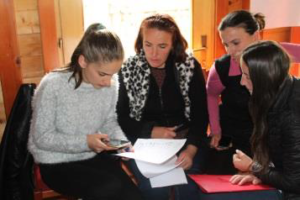 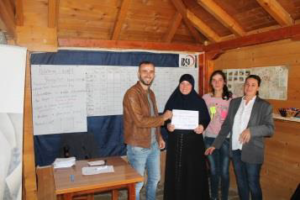 2. Initiative
Two GIZ projects in Albania respectively CABRA “Conservation of Agrobiodiversity in Rural Albania” and ProSEED “Sustainable economic and regional development, employment promotion and vocational education and training in Albania” have set out to support the rural women in the Albanian Alps in business capacity development, from business idea generation to the elaboration of a saleable business plan in the field of tourism, handicraft and agri-business. Additionally, the capacities of the rural women are increased with regard to product development, product diversification, marketing and finance.
This activity was developed in the CABRA project area – Albanian Alps which include the mountain regions of the communities of Kelmend, Shkrel, Theth, Nikaj Mertur and Valbona. The participants where women who already had a running business and wanted to upgrade it or others who wanted to start a business.
The training was developed following the CEFE methodology. CEFE is based on action learning methodology access and simple learning methods with the aim of developing and enforcing the management and personal entrepreneurial skills in the context of revenue increase, opening of new jobs and substantial economic development. CEFE is considered to be one of the most successful learning methods for adults and business development. As the target group was very sensitive to gender issues, the trainers were also selected female.
This was a very successful cooperation as two winning factors were used in order to reach an outstanding outcome: CABRA contributed with the know-how of the area, and population there, and being engaged closely with identification of the target group and ProSEED contributed with the business development expertise, and the experience on IDEA project. Furthermore, Albanian returnees, women and men were targeted through these series of trainings.

3. Key result
The trainings (10 days in each area) took place parallel in Shkodra and Tropoja (both easily accessed venue for all participants who had to travel from far away) from September –mid November 2017. The business development part was divided in three modules. Introduction to the Entrepreneurship, Business Plan Training, Financial Management Training; followed up by coaching on business plan development. Moreover, two sessions of module on presentation skills and the rehearsal session were organized jointly respectively in Shkodra and Tirana. The development business plans of women and returned migrants are successfully presented at a final event which took place at the capital of Albania, Tirana on November 16th, 2017. The event was greeted by the Minister of Tourism and Environment Mr. Blendi Klosi (CABRA project partner) and one representative of Ministry of Economy and Finance (ProSEED programme partner).
During the final event:
o 22 promising business plans were presented in front of an independent Jury;
o 24 participants of the Business Development Training got their attendance certificates;
o 15 beneficiaries could display their local traditional dishes, handmade wool products and fresh jams and juice form wild fruits at a mini-fair;
o The event intended also to support B2B meeting;
o 10 business ideas were awarded in forms of subsidies by the project in order to start or upgrade their business.
o 8 out of 10 winners of the competition are women. 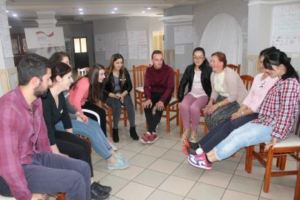 4. Impact
The participants:
o Have improved their understanding and concepts of running business;
o Increased their level of self-confidence as individual and as entrepreneurs;
o Had the possibility to present and network with private sector actors in Tirana, 6 of them left the final event with new agreement;
o Established a network of the enterprises in the Albanian Alps, they collaborate in tourism, product development and promotion.

5. Lessons learned
o The biggest challenge was to bring together and train women who had no other skills than cooking, doing other households work and switching their mindset on to entrepreneurial skills;
o CEFE methodology was accepted easily and appreciated for the interactive element, reflecting, and learning from doing.
o The diversity of the group often influenced the learning process and their motivation to improve their skills and competences;
o The participants made social and business connection with each other, even being in a competition they have been very supportive to each other;
o The training served as a way to increase self-confidence for the rural women.

6. Assessment criteria
6.1. Promoting gender equality: Which objectives and results have been achieved?
o The project managed to train the rural women for other skills than cooking, as recommended in the gender analysis;
o Increased number of women owning businesses through supporting project design;
o Increased women economic performance and confidence.

6.2. Gender as quality feature of our work: How did partners react to GIZ gender work?
All the partners were fully involved from the beginning of the organizations of the series of the trainings.
o The Regional Development Agency (RDA) was in charge of dissemination of the training invitation to the most remote areas. The RDA Director was also part of the jury members.
o The Minister of Tourism and Environment-CABRA implementing partner- greeted the Award Ceremony which was organized in Tirana, the capital of Albania.
o UN Women was also involved in the assessment of the business plans.
Participants during training sessions September – November, Shkodra

Gender and RBM: Are the contributions to enhancing gender equality documented in the project?
o CABRA`s indicator: Economic incentives for the sustainable and – in terms of gender and the sharing of benefits – equitable use of natural resources have been created. RBM is set and is regularly being updated. All the means are used to carefully monitor the activities such as list of participants (noting male, female and returnee), pictures and report of the training.
o ProSEED’s indicators also require a balanced gender participation in the projects. For example, projects which include trainings in the vocational education or entrepreneurship, at least 40% of participants need to be women. M&E is an important part of the program which is managed by the appointed staff and reporting on the continuous basis. The mechanisms are documented.

6.4. Cooperation
o GIZ cooperated with RDA and local association as well as with chiefs of the villages in order to make the process as transparent and inclusive as possible. We have also collaborated with Italian Organization VIS Albania and CEED Agro tourism Albania project funded by USAID for the identification of the target group. All the jury members represent the private sector institutions Deloitte, public institutions Regional Development Agency, and development organization UNWOMEN, GIZ ProSEED.
What united you in all your efforts to enhance gender equality?
o The National Strategy and Action Plan on Gender Equality of Albania for the period 2016-2020: priority area one that focuses on measures towards economic empowerment of women and men, including measures that enable economic empowerment of women in rural areas by reducing unpaid work for women in agricultural sector; increased formalization of jobs for women in the agricultural sector.
o SDG goal 5: Achieve gender equality and empower all women and girls.
o The gender study conducted in 2015 by the CABRA project, clearly envisions strengthening the participation of women in capacity building measures and civil society steering committees and their direct influence on decision-making processes in the areas of resource management, management of protected areas and development of business models.
What were the three key success factors?
o Know-how transfer between CABRA and ProSEED and team gender sensitive.
o Extensive knowledge of the area, and interest of the women of the Albanian Alps enable developing the relevant interventions for the beneficiaries;
o Flexibility and commitment of the team to address challenges and identified needs.

7. Quote from participants
“I am happy, extremely happy to take part in the “Entrepreneurship training”. I am and will be committed to further development of my business and feel very confident to push it forward. I would like to thank GIZ and the trainers for their support.” Shqipe Hysaj, “ALBI”-Local Dairy Producer- Valbona National Park, Albanian Alps.

“I am thankful to GIZ. The training served me to identify gaps on the way I used to run my guesthouse in Valbona, I never used an income statement before. Now I know how to better calculate my income and to better place my business in the market”. Fahrije Selimaj, Guesthouse owner-returned migrant women, Valbona National Park, Albanian Alps.

“As young entrepreneur, I do believe my future belongs here in Albania. The training served as a gate opener to bring to life my wish about developing an idea that I always had in mind – to push forward handicrafts a tradition of my family. I am very confident that I am going to be successful. Many thanks to GIZ that provided this training to us”. Mariana Koceku- Koman Lake, Albanian Alps. 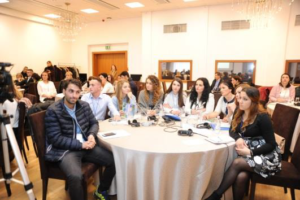 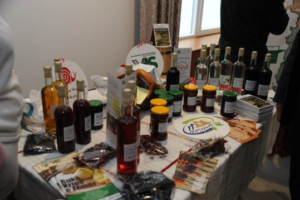 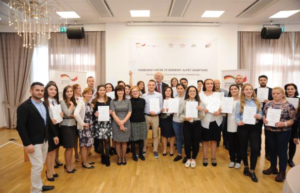 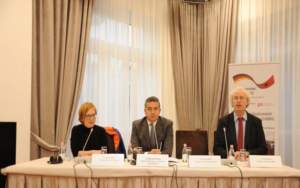