On the occasion of the International Women’s Day 2021, the Gender Focal Points at Country Office and Project Level in Chad organized an interactive conference on the topic “Gender and Professionalism” moderated by Ms. Gadengar Tarmel, Communicator and Head of the Gender section at Electron TV followed by a screening of the Chadian film “Ah! Les Hommes” on gender-based violence.

The event took place on Friday, March 5, 2021 in N’Djamena with the Gender Focal Points, the employee representative, some invited partners and a strong participation of GIZ staff in Chad via Teams.

This year, Chad’s national theme for the International Women’s Day was “Women’s civic engagement: Driving force for sustainable development”. In this regard, participants discussed the multiple challenges that women in Chad face on a daily basis: access to education, employment, job retention and/or promotion and harassment in the workplace.

The topic raised several questions that were addressed in the discussion:
1) Are only women concerned by the challenges of professional awareness?
2) To what level does this problem of professional conscience arise? Is it in the performance of the work? Or in the processes of acquiring competence?
3) Is professionalism related to gender?

These different questions have raised reactions around the table, hence, the intervention of some consisted in the valuation of women in society in general and in the professional environment in particular. To illustrate this assertion, the multifunctionality of women was underlined to put a focus on the aptitude of women to reconcile professional and domestic tasks, especially in the Chadian society. Besides this valorization, some encouragements and advices were given to women regarding the efforts they provide. Other interventions considered traditions and customs. It was suggested that women must be submissive as recommended by the tradition. Nevertheless, most of the interventions were very energetic in recognizing the undeniable place of women in society and in the professional world. In the same spirit, the question of harassment in professional environment which constitutes undoubtedly one of the obstacles to the female gender was raised. The Non-Governmental Organizations for the protection of human rights that took part in the meeting cited Article 341 of the Chadian penal code as the national legal instrument for protection against harassment. Finally, the panelist pointed out that competence and determination are key elements that women must take into account in order to assert the female image in society and in the professional environment.

After the closing of the debate, the film “Ah! Les Hommes” was shown, which talks about different types of domestic violence that women face in urban and rural areas and the mechanisms they have developed to deal with them. The different types of violence highlighted in this video are among others: the denial of resources and opportunities, physical violence, psychological violence.

The event was a great success and a first step to raise awareness and discuss the challenges related to stereotypes and traditional gender roles. The participants had the opportunity to reflect on the subject and to question the patriarchal structures and socio-cultural burdens that often prevent women from having the opportunities to succeed in different areas of life. 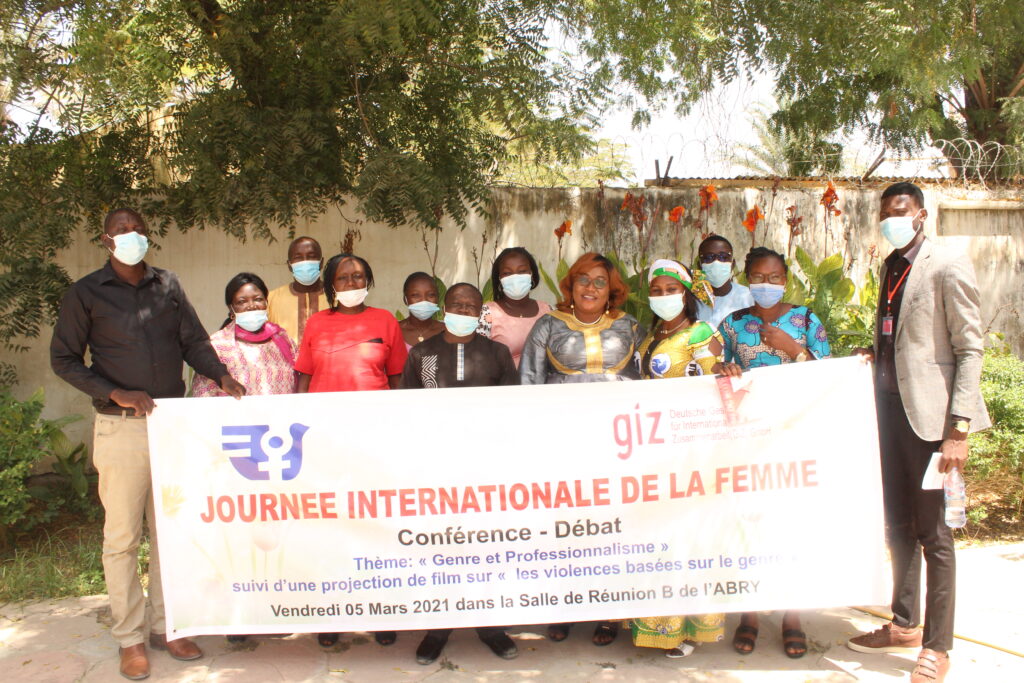