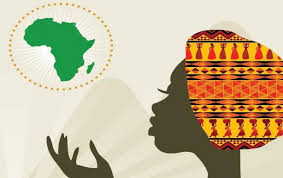 In 2018, women migrants represented 47% of the all international migrants in Africa. The Migration Policy Framework for Africa (MPFA) states: “The increasing feminisation of migration is a reflection of the changing demands for particular types of skills, including growing demand in the service industries, especially for domestic workers, nurses, teachers, care workers and other typically female dominated professions. The feminisation of migration is affecting gender roles and, in some cases, contributing to gender equality, as women become economically empowered, gain new skills and take on different roles in countries of origin, transit and destination. The migration of men may also positively affect gender roles as women who stay behind take on greater responsibility in the household and have increased decision making power.”[1] The gender dimensions of migration in Africa, however, remain largely unexplored and there is a lack of gendered research and analysis. Nonetheless, the observation is that “many female refugees and migrants face gross violations of their rights as they are exposed to gender-based discrimination, sexual and gender-based violence and other forms of abuse with limited or no access to effective legal protection” (MPFA 2018). In the informal sector – such as the domestic and care work sector –  this is even more the case. Poor living and working conditions, not enough daily and weekly rest periods, no legal protection or social security and without a contract, female migrant workers are specifically exposed to abuse, exploitation and harassment at work.

The MPFA recognizes gender and migration as a cross-cutting issue. It identifies the need to make national migration strategies and policies gender-responsive and to strengthen responses to the particular needs of migrant women and girls, ensuring their human and labour rights and their health needs. Especially for labour migration, equality of opportunity and the protection of the rights of migrant workers through gender-sensitive policies and practices are emphasized.

Leveraging on the International Women’s Day, the Department of Social Affairs (DSA) of the African Union Commission, with support by GIZ, invites Stakeholders from the AUC, Regional Economic Communities (RECs), Member States, partners as well as civil society organizations in the fields of migration, labour and gender to an online panel discussion on “Gender-based violence and women migrant workers in the informal economy – how can Africa achieve social justice by including everyone’s protection needs and voices”.

The panel discussion aims at creating an open dialogue on the protection needs of women migrant workers in Africa, sharing informationa dn creating awareness of the AU instruments and defining next steps to achieve global and continental goals of gender equality.