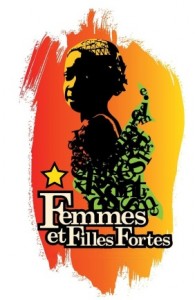 The 4-day-event “Femmes et Filles Fortes” (FFF) contributes towards raising gender awareness in Cameroun for already eight years. The GIZ together with other institutions of the German Cooperation in Cameroun organise a series of activities around the International Women’s Day. This day’s topic “Conflict and peace processes” concerns the actual security situation in the North of Cameroun.

10:00 – 11:30 Anti-poaching: Experiences of a women fighting poaching in the Faro National Park (presentation/interview)

16:00 – 18:00 Effects of the insecure situation on displaced women and men in the North of Cameroun (Panel discussion) – are women and men differently affected? More information (in French): Les_effets_de_l’insecurite

19:00 – 22:00 Closing Ceremony: Concert of Lady B accompanied by a germano-camerounian Jazz-Project 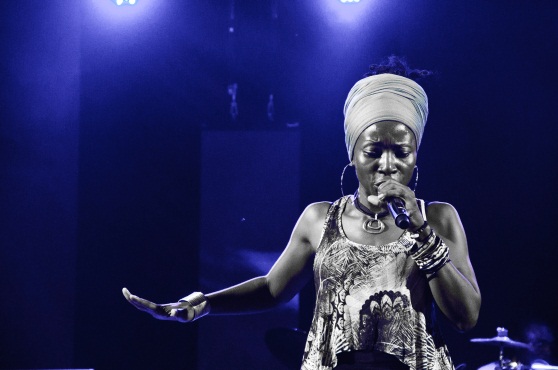 Anti-poaching: Experiences of a women fighting poaching in the Faro National Park (presentation/interview):

Marthe Mengue, a woman who works in the National Park Faro and who is responsible for the protection of the biodiversity by fighting against poaching was invited to present her experiences in a working area which is dominated by men. She talked about her personal experiences.

She said, that women are not respected the same like male colleagues, it takes some time to show them that the possibilities are the same for women and that they do a good job as well. She further explained that there are not a lot of women in this job, because many women do not want to leave their husband and/or children, so they cannot make a career. To motivate more women it would need gender-responsive curricula for the formation and possibilities to leave the kids in a place where they can stay when the parents work.

Effects of the insecure situation on displaced women and men in the North of Cameroun (Panel discussion) – are women and men differently affected?

Women are in a very difficult situation when they flee alone from fights in their villages. When they come to other cities, they are received by families in private houses. But there they are very vulnerable. They often have to take care of the household and it also happens that they are sexually abused. It is very difficult to control what is going on, because it happens in private houses. Because of this it is also difficult to know exact numbers of displaced people.

Families get often separated. Boko Haram which is in the north just called “the people there – c’est gens là” is known to attack at night, men get killed and women and children get kidnapped.

It was asked that Cameroon conducts an Action Plan for Security Issues and that women are involved in these processes of establishing the plan.