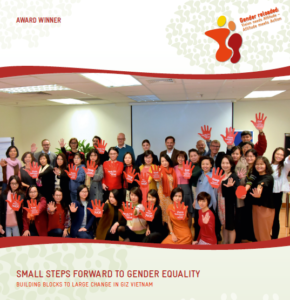 The Vietnamese culture is influenced by Confucianism’s interpretations, characterised by male privilege and hierarchical relationships, resulting in gender stereotypes and inequality. This is reflected in every corner of daily life, including the workplace. GIZ Vietnam has developed a comprehensive approach to the promotion of gender equality within the company and as an active contributor to gender equality and women’s empowerment in Vietnam.

Clear leadership and commitment demonstrated by the country director and management team are key to the success of Vietnam’s gender circle, comprising of a full-time country gender officer and 8 project gender focal points. The country director delivers a clear message: “Promoting gender equality and women’s rights is everyone’s task”. 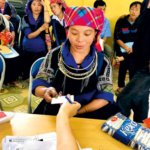 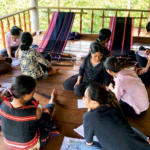 GIZ piloted payments for a forest environmental services banking model with a gender perspective, conducted a gender review study on the implementation of the biodiversity law and provided scholarships for girls in technical majors, etc. GIZ also supported Vietnam’s General Statistics Office (GSO) in the revision of a Set of National Statistical Indicators on Gender Development, and the development of Vietnam Sustainable Development Goals Indicators (158 indicators including 70 gender indicators). In addition, GIZ teamed up with a local NGO and two TVET institutes to organise a school tour during the 16 Days of Activism Against Gender- Based Violence Campaign.

A policy on anti-harassment at the workplace and a practical guideline on gender sensitive communication were introduced and three lactation rooms for nursing mothers were set up at country and project offices. Gender awareness and responsiveness of GIZ staff members have increased and GIZ’s contributions to promoting gender equality in Vietnam have been recognized by the government and development partners via media (e.g. gender mainstreaming in NDC: MONRE’s website or Communist Party of Vietnam online newspaper; or gender related indicators: website of GSO or Investment Newspaper etc.). 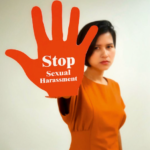 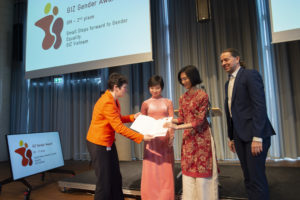 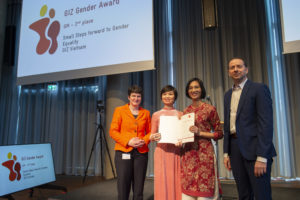