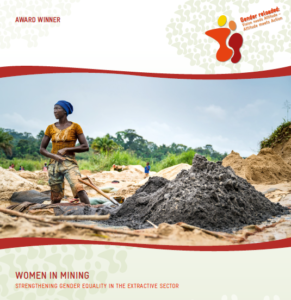 Women and girls account for between a third and up to half of all 40 million workers worldwide in artisanal and small-scale mining. Yet, the mining sector suffers from a glaring lack of gender diversity spanning from entry-levels positions all the way up to the corporate and board level. Women are less likely to benefit from positive effects of the natural resource sector, such as access to well-paid jobs and suffer more from the negative consequences, such as the danger of diseases and the contamination of soil and water. They also face discrimination due to broader structural, social and even cultural barriers. For instance, superstitious beliefs around women’s presence at mines. Against this background the sector program Extractives and Development (X4D) actively promotes gender equality in the extractive sector by raising awareness of the topic and developing best practices as well as solutions and policy recommendations. 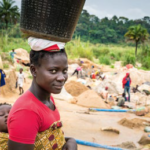 In its approach, X4D is combining traditional techniques such as webinars on e.g. Gender-responsive EITI (Extractive Industries Transparency Initiative) implementation and Gen der in Multi-Stakeholderpartnerships, with interactive methods such as “power walks”, a playful approach to sensitizing people on how gender and social identity affect different roles in the mining sector, and an interviewseries on “Gender Equality in Mining”. X4D also developed guidance on Gender Safeguards for the Kimberley Process, which looks specifically into gender in diamond mining. 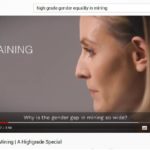 Within 18 months X4D managed to facilitate the establishment of Women’s Rights and Mining, a working group and collaborative effort of NGOs, researchers and government organizations securing commitments from key stakeholders in the mining sector to address gender concerns. Since 2017 the working group developed guidance materials such as the Encyclopedia of Gender and Mining, a guide for governments, companies and financial institutions to uphold women’s rights in the supply chains of minerals for renewable energy technologies and other resource materials, which can be accessed online. By raising the topic at almost every international mining conference, including inter alia at the OECD Forum on Responsible Mineral Supply Chains in Paris and the Mining INDABA in Cape Town, gender equality in the extractive industry is finally gaining momentum around the world. A rethinking is taking place in the maledominated mining industry. This is demonstrated, for example, by the inclusion of mandatory gender reporting in the 2019 revised EITI Standard and the fact that gender justice plays a prominent role in the new phase of the World Bank’s Multi-Donor Trust Fund EGPS (Extractives Global Programmatic Support). Projects supported by the EGPS are to be given a “Gender tag” and examined for gender relevance and impact. 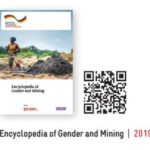 Presentation at Award Ceremony:  GG1 03b Gender In Mining 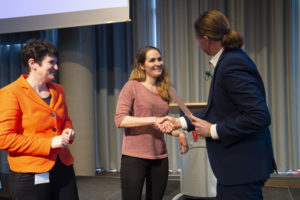 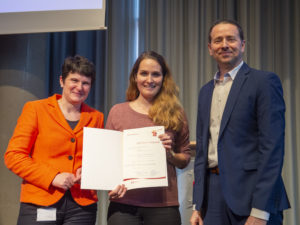