GIZ in its global vision aims specifically at strengthening the participative dynamics of local development and the implementation of local initiatives in a balanced development with women as decision-makers. Indeed, the target groups of this contribution are rural women in SALAMAT Province, Barh Azoum Department, Chad. Among these target groups, special emphasis is placed on the most vulnerable populations who are women, including the spirit of gender and development. This contribution is timely to describe gender equality and women’s empowerment in development activities initiated by GIZ / PRCPT. GIZ still has positive results in the achievements of the PRCPT by involving women in its realization processes. It should be noted that good local governance is improved through the participation of representatives from all socio-economic strata in structured local organizations that include women in their decision-making bodies. In short, to better understand the gender approach, the understanding of some basic concepts is of paramount importance. It is these words that give meaning to the approach and facilitate its appropriation. These concepts are: gender, gender, situation, condition, equality, equity, participation, empowerment, practical needs and strategic issues.

Sex: 1. Is biological  2. We are born with 3. To describe characteristics that are biologically determined  4. Can not be changed

Gender: 1. Is cultural 2. Is acquired through socialization 3. To describe the characteristics that are determined by society 4. Can be changed since made by society

I°) Promoting gender equality
For a very long time, efforts to promote gender equality in agriculture (including market gardening), as in other areas of social development and human rights, have focused on women’s empowerment. This can be explained by the fact that women are most often disadvantaged by models of gender inequality, so they have taken the lead. Women are active in all our gardening activities initiated by the GIZ / PRCPT and they are represented in the activities in the order of 30%. The more educated, educated and active women are, the more their country is developed and is the case of Chad’s progress in development projects with GIZ. GIZ privileges the promotion of gender equality in development. In the world, the place of women in political bodies has progressed considerably and also in development activities, but their representation in national parliaments is still only 27.5%. Enabling women in Chad to access education is a right. It is not only to allow personal fulfillment but also to fight against one of the causes of poverty and these are concrete effects expected in the short, medium and long term. 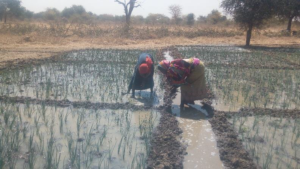 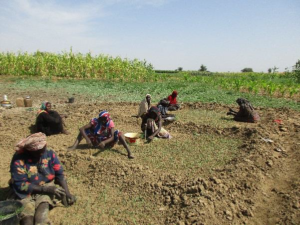 Photo 1 : Women in transplanting seedlings as part of market gardening.

II°) Gender as a quality feature of our work.
The question of reducing inequalities between the sexes was initially perceived as a problem that could be solved by the mere provision of parity or a simple division of roles between men and women. Gender inequality and unequal treatment lead to unequal opportunities to reap the benefits of development. 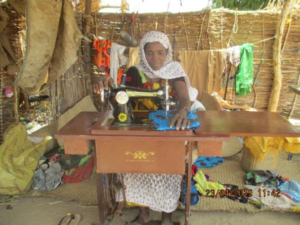 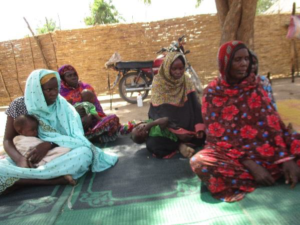 Photo 2 : Women trained in the use of sewing machines on the support of the GIZ / PRCPT.

III°) Gender and result-based monitoring
Increasingly, the various actors of sustainable development at the international level have realized that the realization of activities or infrastructures does not necessarily mean change or improvement for the populations or groups targeted by development measures (eg project, program). Therefore, the evaluation of projects or programs must recognize the changes that have occurred and not only provide information on the status of achievements. In other words: it is no longer enough to give an account of what has been achieved, but rather to demonstrate the impacts engendered by these achievements. One of the solutions to this challenge is to focus on achieving concrete and measurable development goals (= results). RBM is an approach to increase the effectiveness, efficiency and relevance of development measures. 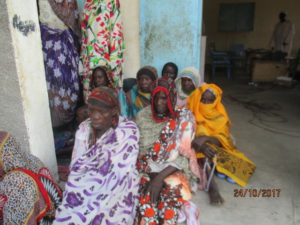 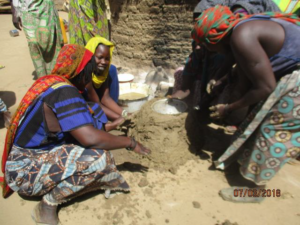 Photo 3 : Vulnerable women assisted in our support for the construction of banco households in households 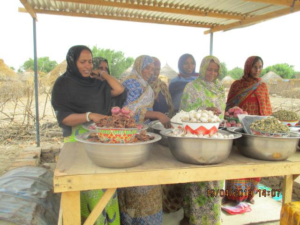 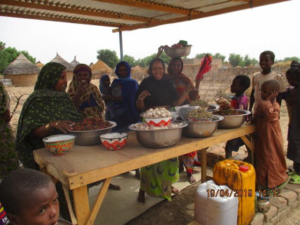 V°) Cooperation
While the promotion of gender equality is a collective task, the effective participation of women in decision-making is one of the main strategies for improving their status in society. Not only does it help to achieve equal opportunities for men and women in the exercise of power, but it also contributes to changing collective perceptions about the role of women in society. Promoting women’s political participation as leaders is a recent experience, and the challenges of traditional gender relations remain. Indeed, the sexual division of labor remains a strong reality in society and women leaders must reconcile their political career with their lives as wives and mothers at home. Also, the dominant patriarchal system in Rwandan society gives supremacy to men and boys. It thus maintains a logic of “power over” a feeling of superiority in men and inferiority in women. Beyond affirmative action, which is a short- and medium-term strategy, alternative mechanisms that support women for progressive empowerment should be put in place. This will determine the extent of the impact of this female participation on the transformation of gender relations and thus lead to an improvement in the socio-economic status of women. 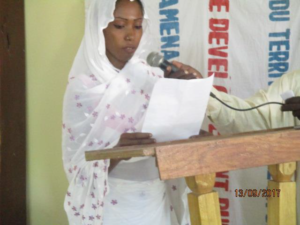 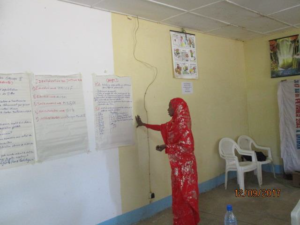