Brazil: Development of a GIZ Brazil Policy Against Sexual Harassment and Gender Discrimination in the Workplace 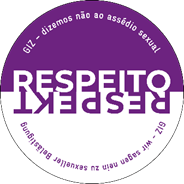 The development of internal guidelines for GIZ Brazil office to combat sexual harassment and gender discrimination in the workplace brought up innovative actions to the national office context. A specific external ombudsman for these types of cases was arranged, as well as the operationalization of protection to company professionals broadly prescribed by German and Brazilian law.

The Policy (as it will be mentioned in the document for synthesis purposes – Policy Against Sexual Harassment and Gender Discrimination in the Workplace at GIZ Brazil), originated from an increasingly latent national social need, and also given GIZ central directions. The development of the document went through a process that provided a learning curve that is of great relevance to the success of the initiative and the increased visibility of gender discussions within GIZ Brazil.

Therefore, the current proposal of the Policy for the GIZ 2020 Gender Competition presents an example of action from the GIZ Brazil Gender Working Group of a concrete move to broaden the discussion on gender within the company, operationalize legal terms to fight harassment and discrimination, provide presentations, discussions and training, as well as improve the organizational culture of the company.

The development process of the Policy began when GIZ Brazil Management Team positioned itself positively regarding concrete actions of the national office to face the issue of Sexual Harassment, defining a structure, that would become temporary, to deal with theme.

At first, the structure created consisted of the establishment of an external confidential channel of trust for complaints about any type of sexual harassment and gender discrimination in the workplace, by a consultant lawyer of the company. After establishing the initial external person, without further definition of concepts or structures, the channels (internal and external) of complaint were launched at the National Meeting of all company employees as a tool against sexual abuse in the workplace.

In the wake of the presentation of channels for reporting Sexual Harassment, it was possible to verify a flood of complaints, about 20 in two months, mainly to the external channel. Faced with this alarming scenario, and in order to define the appropriate way to deal with these complains as well as follow-ups, GIZ Brazil carefully evaluated the complaints, and found that many of them mixed definitions of Sexual Harassment, Moral Harassment and Gender Discrimination.

From this point, an internal survey on the perception of the theme was conducted with all GIZ employees. In the enquiry, it was made evident that it was necessary to stablish some work for internal education and awareness as well as institutional development on the subject. There was a lot of mixed up interpretation about what would be allowed in the workplace (flirting) and how actions could turn into inappropriate. There was also confusion about the differentiation between moral and sexual abuse and specific intercultural difficulties.

In addition to the external sheltering channel, two internal channels for referral of cases were established, consisting of two trusted company personnel elected by the Gender WG (one national and one AMA).

The move towards institutional capacity building was now headed by a task force of the GIZ Brazil Gender WG. It was necessary to create a knowledge base and an institutional guide to act as an informative source on the subject. To advance the internal understanding that there was need to dedicate time and resource to develop the policy, a few factors were essential: the first institutional stand of intolerance on the issue; the high reach of the reporting channels; all the actual complaints that were made in that period were all reinforced with the final result of the first internal research on the subject.

A benchmark on policies against sexual harassment and gender discrimination was conducted by the gender focal points at GIZ Brazil. With a first version of best practices, it was necessary to build a version of an instrument that was culturally adaptable to the national professional environment. Thus, several consultations to the Gender WG group were held and an external consultant was hired. With the policy text finalized, a promotion and training agenda was established by the group to disseminate the definitions and actions set out in the new policy.

The external consultant hired at this time played a key role in building the company’s internal knowledge. A social worker who advises on sexual harassment cases at a national labor court, she added a lot of knowledge and experience from national concrete cases to develop the skills of GIZ internal staff to deal with possible concrete situations. She also supported in reviewing the processes that were set in the Policy so that they were realistic in face of national reality. After the early work, the consultant, Karla Valle, continued to support the company’s internal awareness actions, and subsequently, she was invited to become a trusted external person in cases described by the policy.

The actions implemented for institutional development regarding internal awareness and policy promotion in the period between Nov 2019 and Oct 2019 were as follows:

After a year of activities and awareness development, an assessment of the Policy implementation was conducted to guide institutional planning on the topic. The evaluation, carried out together with the national director used anonymous information and it took into consideration the following points:

The recommendations contained in the report explored the following lines:

After one year of the policy’s existence, the baseline survey has been relaunched so that the results can be compared over the years and the effectiveness of the policy can be assessed. Based on the results, which will be obtained by the end of December, the structure will be adapted and other measures to ensure a respectful working environment will be taken.

In Brazil, violence against women is one of the most serious human rights violations. According to WHO data, Brazil is the fifth most violent country in the world in terms of feminicide, with a rate of 4,8 homicides per 100.000 women in 2013[1]. According to the Brazilian Public Security Forum[2], in 2018 a case of domestic violence was registered in the country every two minutes (an increase of 0,8% compared to the previous year). According to the same source, 1.206 cases of feminicide were registered in 2018, an increase of 4% in relation to the previous year.

The development of such Policy in this type of reality takes strong institutional lead and coordination. There has been contradictory reaction to guerrilla informational campaigns and often disinterest from coordination roles. Nevertheless, these reactions are informative to the development of a strategy for implementation of the Policy.

After a year of implementation, evaluation of the shelter channels of cases were highly positive. People who used the channels were invited to evaluate their assistance afterward to support the improvement of the system. The number of cases addressed by the different channels decreased from the first experience, which indicated to a greater understanding of the policy. Now it is possible to move forward and evaluate the possibility of addressing different issues, such as Moral Harassment. It has been necessary to involve different departments from GIZ to make actions possible, communication and IT were involved in developing materials and strategies, HR was involved to gather information to support planning and others from several projects were involved in ideas and discussions.

Next year the work will continue, and improvement will be able to be measured because the process has been developed with great care and methodologically aligned. The promotion of the Policy reinforces the work of the Gender WG which has seen its group enlarge and receive a balanced gender participation.