Nepal: Rebuilding life from the Rubble 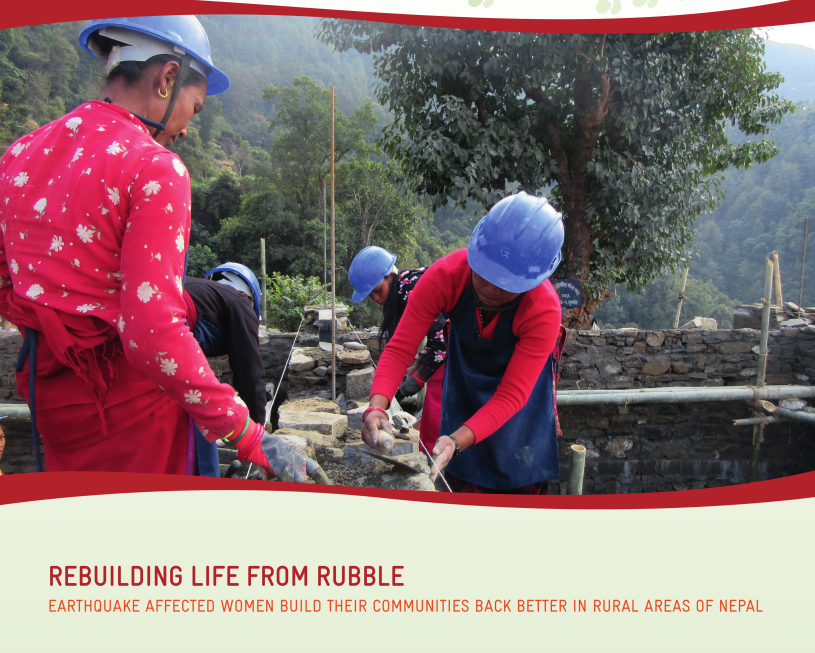 In Nepal, women are usually assigned traditional gender roles related to the care economy with limited access to markets, education, health care, and decision-making processes. Thus the loss of lives and the destruction of houses and household assets, destruction of water supply and sanitation facilities caused by the earthquake in 2015 had a particularly negative bearing on women in most affected districts (26.5 per cent female-headed households). In response, the Recovery Programme Nepal (RPN) applied a well-researched,
gender-responsive and in parts gender-transformative approach to the relief, livelihood support, health, reconstruction and education interventions. It did so by paying special attention to gender and intersections with ability, age, and status in all relevant activities, by promoting affirmative action and by taking advantage of the changing social norms due to the crisis and catastrophe.

RPN collected sex-disaggregated data and ensured that targeted activities are designed to include both men and women for rebuilding their communities. The project promoted equal pay and the design and application of special training packages for women on reconstruction. Youths, male and female, received vocational training. Whereas, women were trained in food processing and the production of biodegradable sanitary pads, to take care of their special needs, but also in traditionally male dominated construction related professions. Women received leadership training and capacitated to raise their voice and actively participate in maintenance committees (33% female members). In line with the GIZ Gender Strategy RPN also promoted women’s empowerment and gender equality within its own GIZ team.

Gender impact
1018 women (48% of all participants) attended masonry, electrician and carpentry trainings and are currently working in tandem with men rebuilding their communities with earthquake resistant homes. Women cooperative members trained as masons constructed their cooperative building, which also deepens their confidence and cohesion. Access to new agriculture technology allows women farmers who were previously working only for self-sustenance to sell their production commercially, addressing food deficits in the area. Today, women’s active participation in economic and community life is valued and they control the income they earn. Men on the other side are supporting their wives in domestic household and care work. 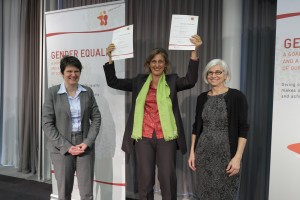 Within a short time, the project earned the appreciation of development partners, government and non-government offices, featured in Nepal’s media and was able to create a sense of pride and ownership in the community for the gender approach. A (former) GIZ female employee even became the first elected female Vice-President of a Rural Municipality after earning the trust and support of the local community.

GIZ staff may download the recordings of the Gender Award and the Gender Slam contribution.