Democratic Republic of the Congo: Supporting the police in fighting gender based violence

Supporting the police in fighting gender based violence 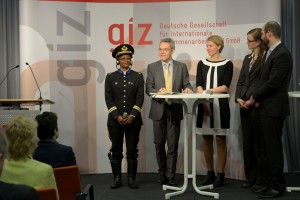 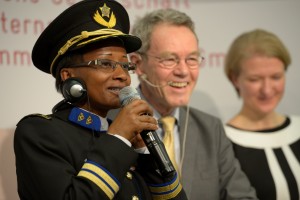 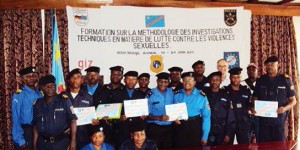 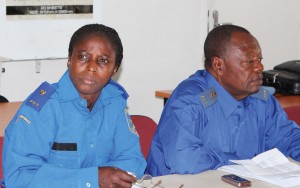 As a result of violent conflicts, impunity and deeply embedded traditional, socio-cultural norms and beliefs, sexual and gender based violence (SGBV) is a widespread problem in the DRC. In most cases, the primarily male perpetrators are not prosecuted, while the victims

– mainly women and children – face physical and psychological health problems, stigmatization, and socioeconomic marginalisation. The Congolese National Police (PNC) has been largely unable to assume its role of preventing and combatting SGBV, on the grounds of inadequate training, a lack of human resources and equipment, as well as corruption. Citizens often perceive the police force more as a threat than as a source of protection.

On behalf of the German Federal Foreign Office, GIZ is supporting the PNC since 2008. The goal is to enhance PNC’s capacities and to build trust and confidence among citizens. Special emphasis was given to professionalizing and strengthening the police in combating SGBV in eastern Congo. A holistic approach was applied in order to enhance framework conditions as well as institutional and individual capacities. Working towards gender responsive policing by respecting the needs of female citizens and victims, the project fostered the presence and advancement of women in the police force. Other activities included training of policemen and -women, sensitization for SGBV, constructing and equipping police stations according to international standards, promoting cooperation between the police and the judiciary, and connecting victims to organizations that provide legal and medical aid.

The activities were planned and implemented in close cooperation with the PNC, as well as with the EU police mission (EUPOL RD Congo), the EU Commission’s justice project (REJUSCO), the UN peacekeeping mission (MONUSCO1), and civil society organizations.

Together with its partners, the project played a key role in inspiring other international donors to expand their activities in eastern Congo. Due to its successful work, the EU entrusted the project with the expansion of its activities regarding SGBV in three further provinces in 2013, in the framework of a larger EU programme with UNICEF.

The project contributed towards the achievement of equal rights of women and children, violence prevention, and the effective prosecution of gender-related crimes. Job opportunities for and the acceptance of women within the male-dominated police force have increased, and monitoring of SGBV-related data throughout criminal procedures has improved. Through the project’s results-based monitoring, the impact and also the extent of the participation of policewomen in project activities could be tracked. The results and lessons learnt have been shared with colleagues from other police-supporting projects within GIZ, and have been disseminated both in Germany and DRC.