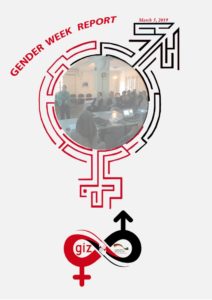 GIZ Algeria organized on Tuesday, March 5, 2019 workshops on the theme of gender.

The sessions were led by Ms. Aicha Zinai, gender expert and member of the National Council of Human Rights ; as well as and by the project Ambassador for genre in the GIZ.

The workshops introductory speech was given by Ms. Schieber who took this opportunity to stress on the importance of constantly working on gender issues and reiterated her commitment to support the gender circle in her activities. 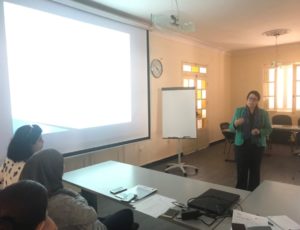 Ms. Aicha Zinai started with three key points as a workshop introduction: first, a situational analysis on the evolution of women’s rights; followed by their legal framework in Algeria; and last point an introduction on the concept of gender in projects.

As a warm up for all the participant on the gender topic, the expert initiated a debate on the place of women in Algeria and in the Algerian society and its evolution over the last three decades.

Ms. Aicha Zinai carried with the topic of gender in the context of local development in Algeria, as well as gender mainstreaming in the project cycle.

Three interactive workshops were organized in the second part of the day: 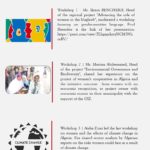