GIZ India : Digital Transformation Together – Leave No One Behind

GIZ India organized a Gender Café on ‘Digital Transformation Together- Leave No One Behind’. 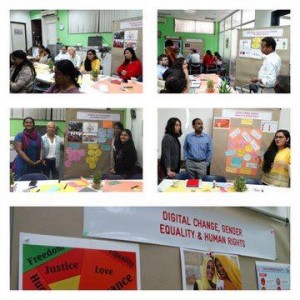 The overarching vision of the 2030 Agenda on Sustainable Development is inclusive and sustainable growth with its promise to ‘leave no one behind’. Empowering of women in the economy and closing of gender gaps are not only central to this vision but they also form a cornerstone of the SDGs. Digital transformation is bringing about a sweeping change at an economic, political and social level throughout India. The digital evolution continuously changes
the way in which we work and communicate.

The Gender Café provided an opportunity for GIZ India employees to explore, question, listen, understand and contribute to the discussion which revolved around :
(1) Empowerment of Women through Digital Solutions
(2) Using Digital Communication Platforms for Gender Equality
(3) Potential of digitalisation for Gender Equality
(4) Position on key issues related to Digital Change, Gender Equality and Human Rights 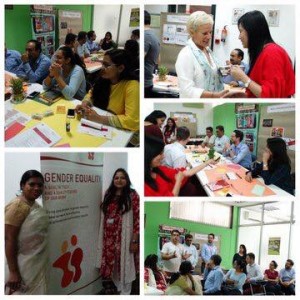 The above topics were led by Table Hosts – who shared the vision and the understanding that if Digital Technology does not address the current ongoing gender-gaps, this gap would only lead to more inequalities and more gender differences than ever before. The table hosts addressed issues concerning Financial access services for women which affects  Economic Growth, Differential Requirements for Men and Women in accessing technology, Digital Literacy (a challenge that faces India especially for women and girls), best practices in and around the country, and the potential of digital technology to empower women, girls, men and boys, communities and states. What was also addressed were issues concerning Digital Privacy, Digital Data and its analysis, Freedom of Expression (specific to social media), Censorship, Net Neutrality, Online Harassment and other factors that affect individuals on a personal and a social level.

The discussions were fueled with coffee, donuts and sandwiches : the aim to come up with concrete recognition of the fact that No Digital Technology can ignore people – both men and women. In fact people need to be central to Digital Technology Transformations. The Gender Café was a platform which addressed issues that are pertinent to Development Cooperation. 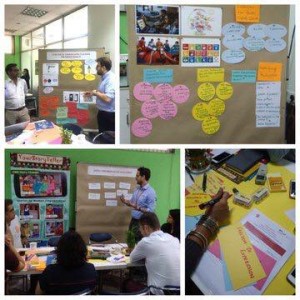 The Café captured project based experiences, sharing of knowledge and ideas which were quite useful to all the participants. The overall concept of Digitalisation as a cross-cutting issue which also looks deeply at the existing Gender Digital Divide, was thought provoking and triggered ideas of how projects must also and could also use technological tools to empower and influence communities, states, stakeholders and policy.

The Welcome Remarks were graciously conducted by Ms. Annette Roeckel – Portfolio Manager for GIZ India – who in her opening specified on the foundations of Gender Equality as a key to sustainable development and the importance of acknowledging the Gender Digital Divide. The session was planned and moderated by the GIZ India Gender Officer -Ms.  Scherazade Siganporia from the Portfolio Management Team India.