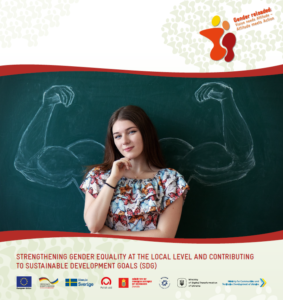 The Ukraine – Local Empowerment, Accountability and Development Programme (U-LEAD with Europe) supports the Ukrainian government to implement a comprehensive decentralisation and regional policy reform aimed at empowering and strengthening municipalities throughout the whole country. U-LEAD with Europe is a multidonor action of the European Union and its member states Germany, Sweden, Denmark, Poland and Estonia. The Programme is implemented by GIZ and the Swedish Sida in cooperation with government and civil society actors. It works in all 24 oblasts of Ukraine, including the vulnerable regions of Luhansk and Donetsk. According to statistics, women represent only about 17% of leading positions in local self-government in Ukraine. In response to this low representation of women in decisionmaking positions at the local level, as well as in support of the gender equality strategy of the Ministry of Communities and Territories Development, the Programme created the TOP Initiative (TI), and the task force on “Strengthening gender equality and contributing to SDGs”. Its aims include expanding women’s participation in political decision-making at the sub-national level and raising gender responsiveness of local selfgovernments.

As part of the TI, the Programme facilitates gender mainstreaming of training curricula for local financial management and human resource management while supporting local governments in developing gender sensitive municipal services. For instance, among other approaches, this is done through introducing training participants to key principles and concepts, such as gender responsive budgeting for social services and a gender action plan for mobility. In addition, gender equality guidelines and checklists for five sectors, including social services and waste management, with relevance for municipal service provision were developed and shared with implementing partners. Women’s (political) participation at the local level was promoted by means of local subsidies and the creation of the socalled “She-LEADs Female Leadership Network in Local Government.” 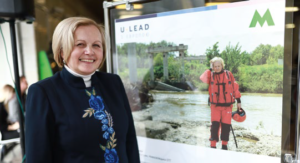 Within one year, 99 gender related events took place, among them a national female leadership forum, a Facebook campaign (reaching almost 400.000 people), journalistic profiles of female role models published in social media (reaching nearly 11.000 people) and a photo competition “Breaking Stereotypes: Strong Women of My Community” attracting more than 700 submissions. Following training activities and the introduction of pilot measures on gender responsive services, local self-governments will be able to better address gender equality at the local level. Examples include the implementation of local gender analyses and the development of gender sensitive strategic plans as well as the establishment of targeted social services. However, addressing and transforming cultural norms as well as stereotypes while creating social change for an increase of the participation of women can only be achieved in the long run. Experiences of the She-LEADs network have demonstrated how a ruralurban gap can effectively be addressed by creating and facilitating exchanges between female leaders of rural and urban municipalities with different personal and professional backgrounds. Due to these positive results, the task force and main intervention areas will be continued in the second phase of the U-LEAD with Europe Programme, starting in July 2020.