Tunisia: CHANGE STARTS WITH US!

GENDER GROUP TUNISIA: FOR A CULTURE THAT RESPECTS DIFFERENCE 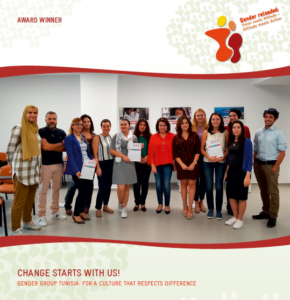 Tunisia is undergoing profound political, social and juridical changes. Since 2011 Tunisia has embarked on a democratic transition, in which the issue of women’s rights has taken a prominent place. GIZ supports Tunisia’s efforts in achieving SDG 5 and other gender related targets of the 2030 Agenda. The Gender Group Tunisia, composed of some thirty members – including gender focal points (GFP) from human resources, the risk management team and all thematic clusters of GIZ’s country portfolio: Energy and climate, economy and employment, natural resources, governance and democracy, migration and reform partnerships – provides a unique platform for information, exchange and capacity building on gender. Governed by its vision: “Equality between women and men is a value for all GIZ colleagues. Gender diversity is our key principle in the implementation of projects with our partners” the Group has developed an annual action plan, which is in line with GIZ’s Gender Strategy.

The participatory approach and passionate commitment of the members are key success factors of the group. The undoubted peer appreciation and support of the management are essential elements in keeping the Group together and motivation levels high and alive. At least one of the four GFP representing and speaking for the Gender Group attend regular management team meetings in order to address and integrate gender strategically at company as well as project level. 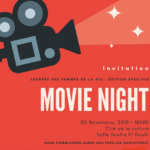 The annual budget accorded to the Gender Group has enabled it to work in the following four key areas: • Awareness-raising and communication for all GIZ staff, partners and constituents • Capacity building on the fight against sexual harassment, gender concepts and gender in the commission management. • Internal gender diversity assessment of GIZ Tunisia. Based on the methodology developed by the regional programme “Gender Diversity Management of companies in the MENA Region”. It provided valuable information on how to advance gender equality and diversity. • Consultancy & coaching for a better integration of the gender dimension throughout the entire project cycle.

A sensitisation and awareness session on gender is part of the obligatory induction training for all new GIZ employees in Tunisia. The Group facilitates and boosts GIZ’s image as a gender responsive organisation, it participates in gender related events and cooperates with the German Embassy and UN Women. In line with the BMZ Gender Action Plan, GIZ Tunisia prepared a country-wide gender analysis to serve as reference for project gender analyses and for addressing gender in the portfolio planning and development. Two dedicated GFP are tasked to secure the quality of gender analyses and advise the project teams on how best to address and promote gender equality in and through their projects and programmes. 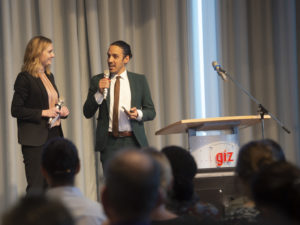 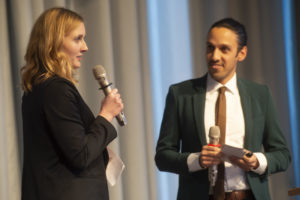 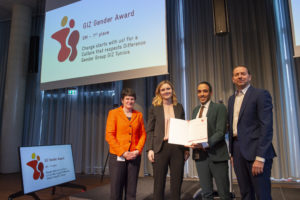