Colombia: IN COLOMBIA WE TALK ABOUT GENDER … ON AN (INTER-) NATIONAL AND LOCAL LEVEL – IN A DIGITAL AND ANALOG WAY 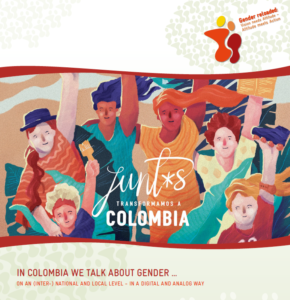 The peace agreement of 2016 has changed Colombia: Many people in the country want reconciliation and believe in an upswing. The oldest leftwing guerrilla movement has surrendered most of its weapons. But the post-conflict country is facing major challenges: Almost nine million of around 45 million Colombians are registered as victims of the conflict (as of March 2019) and entitled to compensation, half of them are women. For a lasting peace, economic inclusion – especially in rural areas – is important. Yet, women’s access to land titles, resources and institutional support is scarce. As a result, they have a lower average income, spend more time on unpaid domestic work and are the most affected by poverty (40.5% of rural women in Colombia). 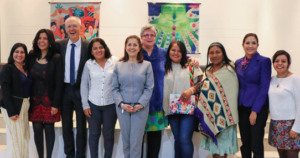 GIZ Colombia in cooperation with its counterparts and partners is determined to boost gender equality, equal opportunities and sustainable development. Consistent efforts of GIZ’s gender focal points, advisors, coordinators of the programs and the country management led to increased awareness levels and gender responsiveness of joint projects and programs.

The publication Junt*s transformamos a Colombia (engl: Together we transform Colombia) portrays the work done and impacts achieved. Its launch, attended by Presidential Advisor for Women’s Equality, attracted more than a thousand viewers via their Facebook Page and broad media coverage in newspapers and the radio. The timing of the launch – just before the bilateral governmental consultation – was well chosen to underline the importance and appreciation of the work done by GIZ Colombia and its political partner, the Presidential Agency for International Cooperation (APC-Colombia). Promoting gender equality starts at home: In 2017 GIZ Colombia qualified and received a certificate for being a “Safe Company – Free from Gender-based Violence”. The group of gender focal points facilitates awareness campaigns through e-mailing, giveaways such as bracelets with the message: “Ni victima, ni victimario.” (Neither victim, nor aggressor), workshops for our colleagues (women & men) on the prevention of violence against women, educational videos and the active participation in annual “gender” days like the 8th of March and the 25th of November. They have their own annual work plan and budget.

Junt*s transformamos Colombia became a brand for future initiatives of GIZ’s projects, i.e. the Casa de la Mujer, a center that is planned to be built for Venezuelan refugees. GIZ’s gender work is also recognized and appreciated by other development actors in the region: The Food & Agriculture Organization (FAO) for example approached GIZ to team up and join their campaign #juntoalasmujeresrurales, which draws attention to the necessities of women in the rural regions of Latin America. 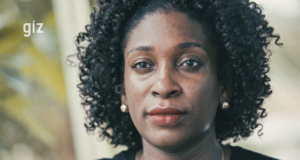