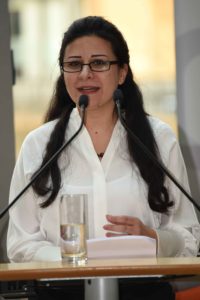 Flight and displacement cannot just increase gender-specific risks for women, but also open up new room for maneuver: in fragile contexts, gender relations can be renegotiated and tasks can be redistributed. The economic empowerment of refugee women can change societies in the long run. How this can succeed and what contribution development cooperation can make was discussed on 11th March 2019 at an event that was organized by GIZ and the International Rescue Committee.

Panel discussion with contributions from: 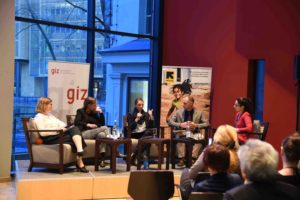 It was highlighted that governments need to create legal and political environments that provide refugee women with safe access to the labor market. In addition to the abolition of discriminatory laws, this includes safe transportation and affordable childcare.