In the frame of International Women’s Day 2019, an awareness raising event on gender equity and equality took place at Al Saade Technical Institute, a public TVET school in Abou Samra, Tripoli (Northern Lebanon) on 7th March. The target group were youth between 14-20 years, who took part in a variety of activities that aimed to raise awareness on gender equality.

The event was planned by QUDRA programme (Strengthening Resilience of Refugee Hosting Countries In Response to the Syrian and Iraqi Crisis) in collaboration with LEAD programme (Strengthening Women in Decision Making in the Middle East) and was implemented with the Lebanese NGO Hayya Bina, which is engaged in promoting civic education and gender empowerment.

The youth were engaged in awareness sessions using a participatory approach through dialogue and games addressing International Women’s Day. The main aim was to develop a deeper understanding of barriers such as gender inequity that exist in communities in Lebanon. In addition to the young men and women, the principal of the TVET school as well as teachers were involved and supported facilitating the sessions.

The city of Tripoli in Northern Lebanon is one of the most economically deprived urban areas in Lebanon, charaterised by high income inequality and tensions between different population groups. This is particularly affecting the prospects of women and youth in particular, who have low chances of finding employment. 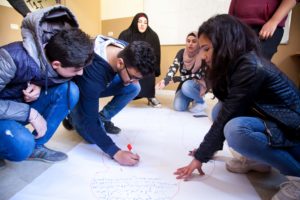 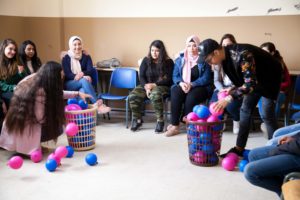 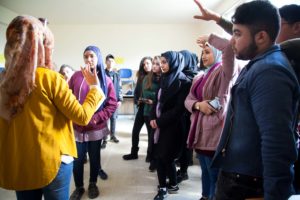 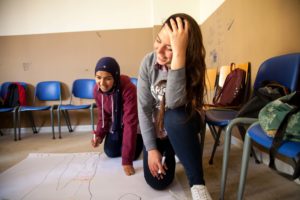