Uganda: Promoting Gender Equality for All through our Work with LGBT 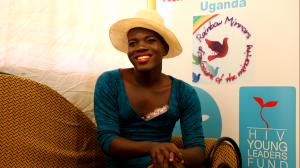 Trans- and homophobia are entrenched in the Ugandan society and LBGT are discriminated in various fields of their daily lives.

Morals and values play an important role in Uganda and are often put above the law. The marginalization of women and LGBTI are very similar and result from the idea that there are only two sexes, male and female, biologically determined at birth, and that this dictates who we are. Gender is the decisive factor in discrimination against LGBTI. It is not only a legal issue, but it is also an attempt to define, normalize and impose on others narrowly defined gender norms. Breaking up these norms is as vital to equality for LGBTI as it is for women, gender justice and true gender equality…

GENDER JUSTICE  – A QUALITY FEATURE OF OUR WORK

To advocate for the human rights of LGBTI the project uses a legal and human rights based approach and arguments based on the Ugandan Constitution and Uganda’s international legal obligations. It applies strategic litigation to change some of the discriminatory laws in Uganda and international mechanisms such as the Universal Period Review (UPR). It works with human rights and LGBTI organizations as well as the Uganda Human Rights Commission (UHRC) and the Equal Opportunity Commission (EOC) and is known for its “match-making” – bringing together state and civil society actors. The project also engages in capacity development of its partners as well as state actors such as the police.

On a conceptual level, the program contributes to gender equality by challenging gender norms and stereotypes, which harm both women and LGBTI. It’s the project’s achievement that the UHRC and the EOC opened up for dialogue on gender justice and now handle cases of LGBTI. Due to a constitutional petition by one of its civil society partners, a section of the Equal Opportunities Commission Act that had barred the commission from investigating any matter involving behavior, which is considered to be ‘immoral and socially harmful or unacceptable by the majority of the society in Uganda’, was declared null and void by the Constitutional Court. Another great success was is initial training of police officers on the human rights of LGBTI and the fact that the police has developed ownership of the trainings and is now asking for an upscaling. Within the framework of a co-financing agreement with the European Union, the work with LGBT will undergo a significant upgrade and will be extended to other regions in the country in the near future.

The full information can be downloaded. (in English)

The competition entry can be downloaded. (in English)